Marine currents are the drivers of the oceans: on the surface or at depth, they enliven the oceans, rebalance the Earth's heat balance (by transporting heat from the equator to the poles) and redistribute nutrients. In this sense, currents are major actors in the climate.

Currents do not circulate randomly; they obey physical laws that force them to turn in one direction or the other, to dive deep or to rise to the surface. There are many causes of currents: friction forces generated by the action of the wind on the surface of the water, Coriolis force due to the rotation of the Earth, attraction forces generated by the stars, difference in heat or salinity between two bodies of water, etc.

Surface currents, felt to a depth of about 800 m, are mainly generated by the friction forces of winds on the ocean surface. Under the action of the Earth's rotation, the Coriolis force diverts these water masses clockwise in the northern hemisphere (and counter clockwise in the southern hemisphere). Large circular currents are formed; they cross an ocean basin, stretch out in long meanders, accumulate towards the western edge of the oceans (of the northern hemisphere), carry heat and humidity and soften harsh climates. This is the case for the warm currents of the Gulf Stream in the North Atlantic Ocean, the Kuroshio in the North Pacific Ocean, the Brazilian Current, the Needles... Another surface current, which has no hindrances or obstacles, is driven by strong winds and diverted eastward by the same rotational force of the Earth: the circumpolar current around Antarctica.

Underwater currents are no longer generated by winds, but are set in motion by differences in temperature and/or salinity between the different layers of the ocean. Evaporation, precipitation, continental water supply, ice pack formation... are all events that can modify the thermohaline characteristics of seawater. High evaporation, such as in the Mediterranean Sea, tends to concentrate seawater into salts. This water, which has become denser, plunges into the depths. In other latitudes, in the Greenland Sea, in winter, the waters of the Atlantic cool down. This cooling increases the density of the water and causes it to flow to the depths. This thermohaline current marks the starting point of the global ocean circulation. These deep, cold and salty waters travel along the ocean floor (Atlantic, Antarctic, Indian and Pacific) like a conveyor belt (Conveyor belt) before warming up and surfacing in the Pacific and Indian Oceans, then following the opposite path on the surface and working towards completing their long millennial journey.

At other seasonal or spatial scales, other types of currents are important and interact with the atmosphere and climate: monsoon currents, Rossby and Kelvin planetary waves, front, eddies, etc. More information on tidal currents. 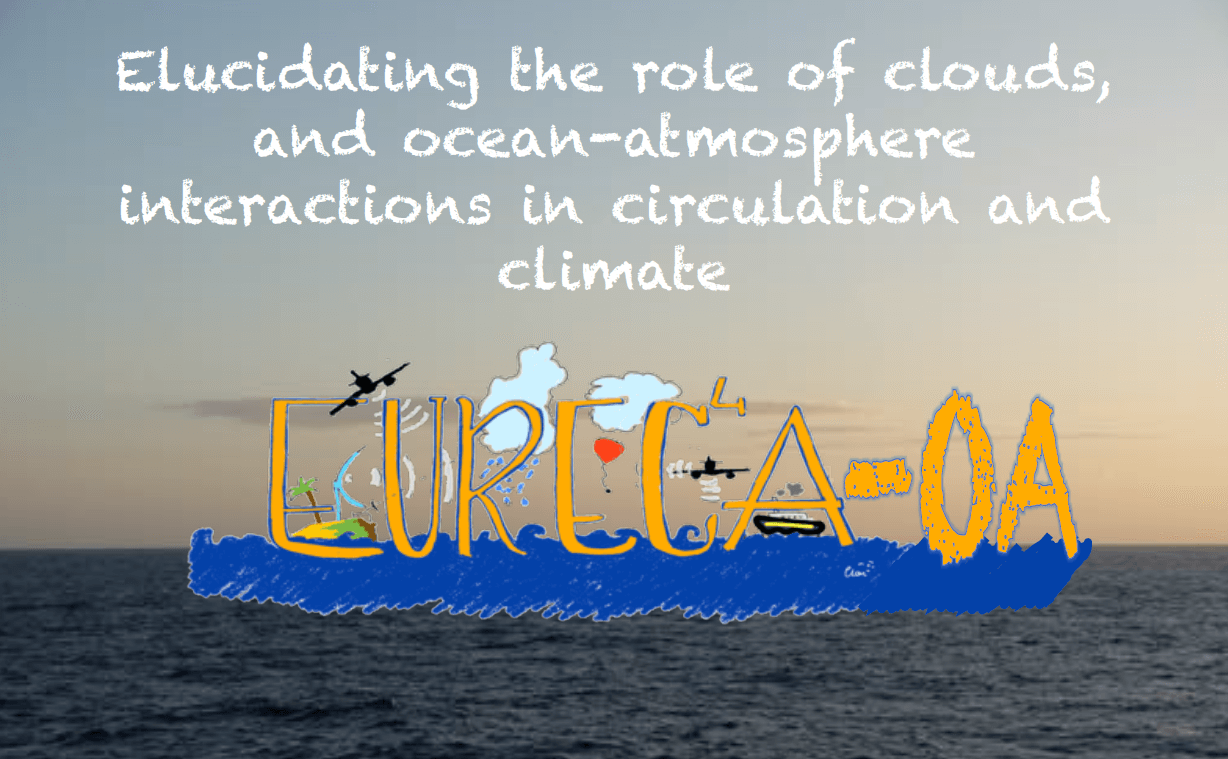 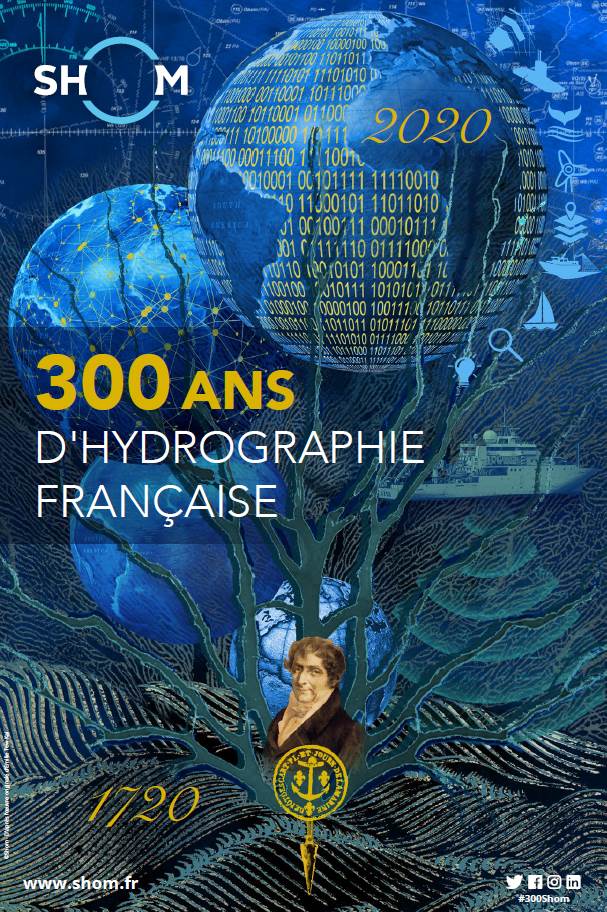 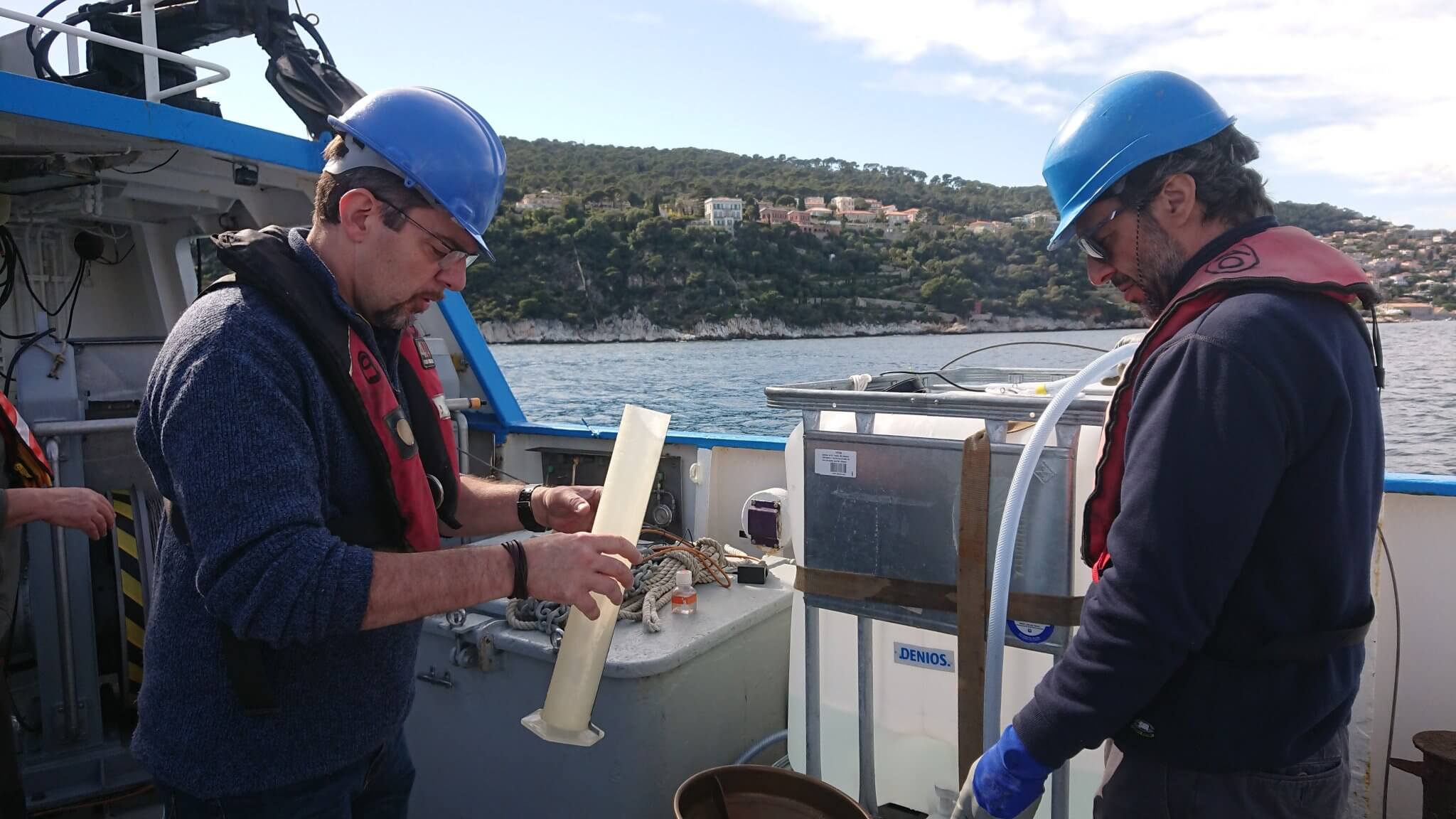 By providing global and repeated measurements of sea surface height, the altimetry technique has been extensively used since the early 1990s to estimate the geostrophic component of surface currents. However, this technique does not allow the observation of currents that deviate from the geostrophic equilibrium, nor is it able to solve the shortest spatial and temporal scales of the currents.

Measurements combined with other types of satellites (scatterometers for wind measurement) make it possible to better reproduce all surface currents, adding the Ekman component.

Indirect measurements of tracers, such as water temperature or colour, can improve the accuracy of surface currents, both in direction and speed.

In-situ measurements allow the observation of currents on smaller spatial-temporal scales and according to their vertical structure, from the surface to various depths. These measurements are carried out using several devices, fixed (for Eulerian measurements) or along a trajectory/drift (for Lagrangian measurements).

These devices emit acoustic waves that are reflected by the particles suspended in the water.
They can be mounted on fixed buoys (such as on some stations in the PIRATA network in the tropical Atlantic) or fixed under a ship's hull.

In the latter case, the hull ADCP is used to determine the current speeds along the ship's trajectory to a depth of between 200 and 1600m and a resolution of between 4 and 24m depending on the ADCPs. It simultaneously emits four acoustic beams whose main frequency is around 38 kHz or 150kHz. These beams are oriented at 30° to the vertical of the ship. The acoustic wave emitted is reflected on the suspended matter and dephases itself proportionally to the speed of the reflectors (Doppler effect). These particles are considered to move at the speed of the water mass. A current is then calculated for each beam direction. By knowing the orientation of the sensor in relation to the vessel, the orientation of the vessel in relation to a land reference point and the speed of the vessel, an absolute current can be calculated.

The positions of these drifting devices are recovered by satellite (Argos, Iridium or GPS system), then transmitted to data centres where the study of their trajectory allows a direct measurement of currents.

Fixed platforms located along the coast and equipped with high-frequency radars allow the observation of surface currents. This radar system allows the measurement of surface marine currents over long periods of time, up to 80-100km from the coast and with a spatial resolution of 3km.