Sea ice forms when ocean water temperatures reach freezing point, about -1.8°C, depending on the salinity of the water. Sea ice grows both in size and thickness to form ice floes in late fall and winter. Multi-year ice, which does not melt from one season to the next, can reach a thickness of about 3 m.

This drifting ice sometimes collides, deforms and cracks. These cracked areas open up ice-free areas called leads and polynyas. Through these holes in the ice, which are darker in colour than the ice, or in other words, have a smaller albedo than on ice-covered areas, solar radiation reflects less. As a result, through these "holes" in the ice, the ocean absorbs more energy, which accelerates their warming. The melting of the ice pack does not bring water to the ocean and therefore does not contribute to the direct rise in its level. However, the increased melting of the ice increases the solar radiation absorbed at the ocean surface, which amplifies their warming.

Icebergs are formed from continental ice, which flows to the ocean as floating ice shelves. Blocks of ice break up (icebergs) from these platforms and leave the continent to drift with the currents and winds. The largest icebergs reaching up to several tens of kilometres can drift for several years on trajectories of several thousand kilometres. 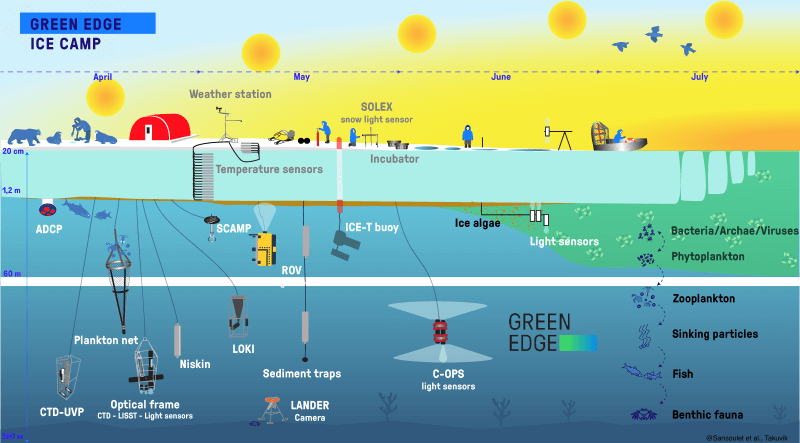 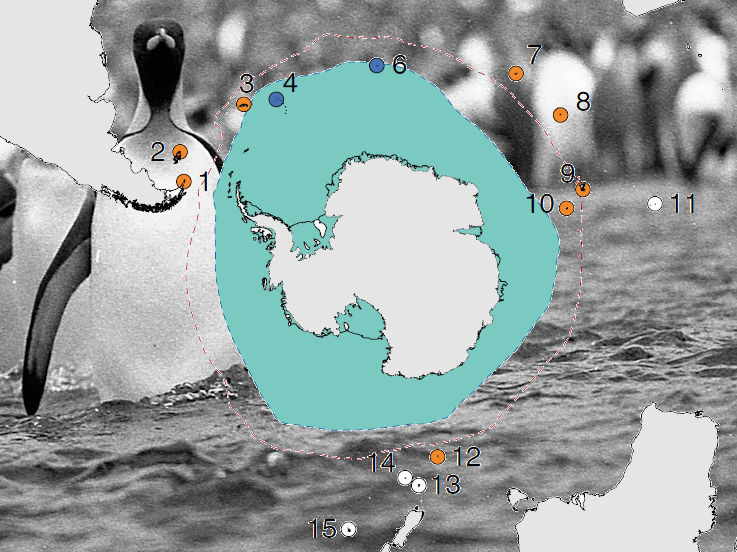 The physical characteristics of sea ice and icebergs and their spatial and temporal variability are well described by spatial remote sensing, whether using imaging, altimeter or optical radar techniques.

A quick look at the satellite sensors behind the "ice" products in the ODATIS catalogue:

SAR imagery sensors, in C-band on the Sentinel-1 satellite for example, systematically map sea ice and are able to measure ice extent. The passive microwave sensors of the SSM/I and SSMIS radiometer are also used to calculate sea ice concentration.

Radar altimeters for satellite missions with a very steep orbit capable of reaching high latitudes (Envisat, Saral, Cryosat) determine the extent, thickness and volume of sea ice (corrected for snow depth at their surface). These sensors are also used to detect "holes" in the ice pack (polynyas, leads) and are able to follow the deformation dynamics of the ice pack. Altimeter radars are also used for iceberg detection, their monthly ice volume, the probability of icebergs being present and the average iceberg area.

The backscatter properties of scatterometers (AMI WIND on ERS satellites, ASCAT on METOP satellites for example) allow to monitor the extent and edges of sea ice (distinguishing open waters from sea ice), but also the age of sea ice.